The fish auction is one of the most popular and most visited of Calpe’s activities. 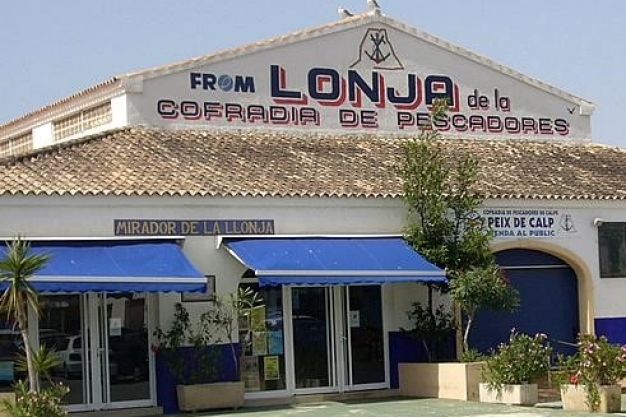 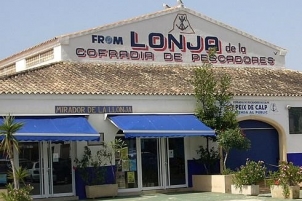 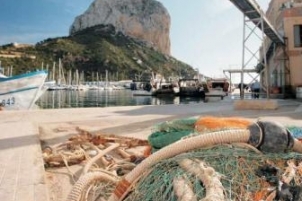 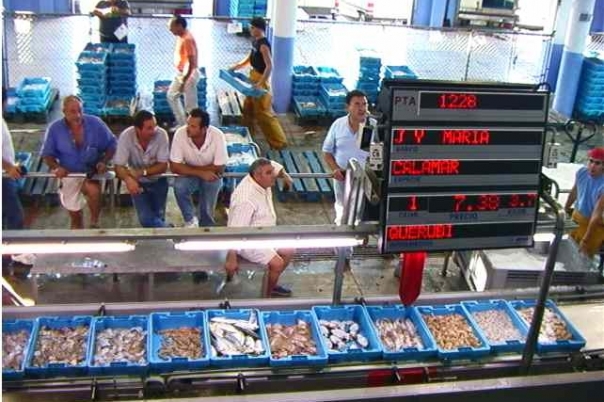 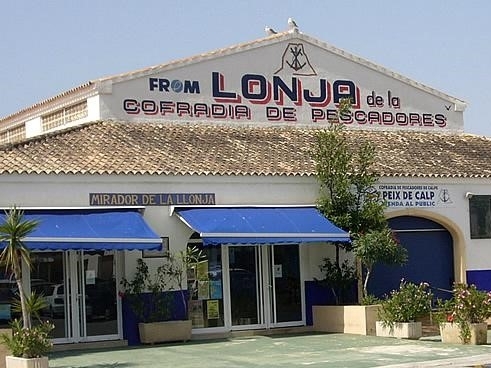 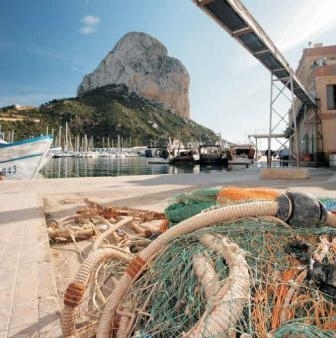 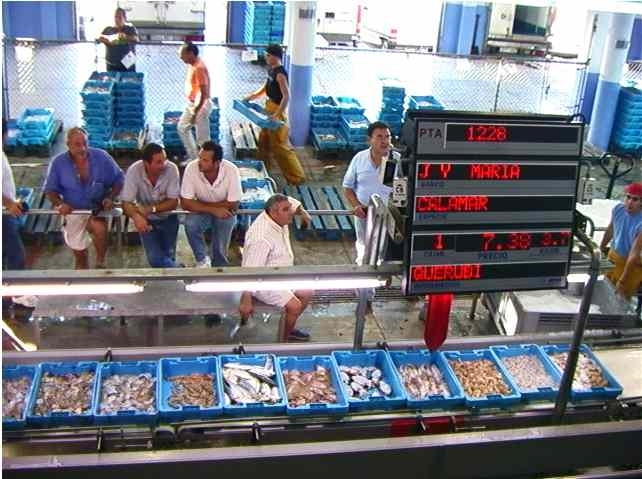 The fish market building
The fish market is the building where the daily fish auction takes place from Monday to Friday. It was built in 1991 and is fully equipped to handle the various stages of the auction. A prominent feature of its interior is the viewing gallery, opened in July 1998, from which visitors can watch the auction in comfort.

The building is decorated by six large paintings by the artist Elias Urbez, which represent historical aspects of Calpe, fishing nets, scenes of daily life, customs and maritime legends in emblematic parts of the town. 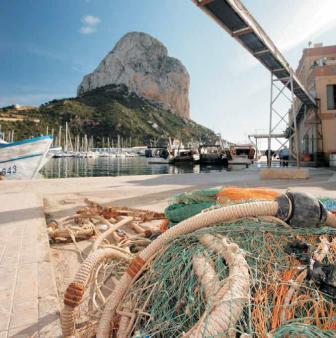 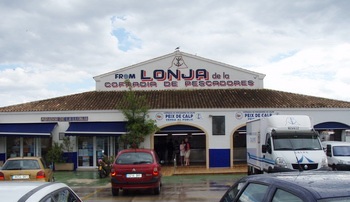 The auction
The fish auction is one of the most popular and most visited of Calpe’s activities. It involves the wholesale auction of the newly-landed catch of Calpe’s fishing fleet at the end of their day’s work. The auction is held daily from Monday to Friday and is managed by the Cofradia de Pescadores (Fishermen’s Co-operative). It is the main showcase of the town’s seafaring traditions and plays a major role in its economy.

The auction starts about five o’clock in the afternoon and continues until eight. During this time, the visitor can witness its successive stages and the work they involve, in truly maritime surroundings.

The fish auction dates back a long way. It acquired its complex character of commercialization when it was exploited by the 'Pósito de Pescadores' which ws founded by father Juan Colomina and legalized on 6th of April 1924. Later it was called 'Cofradía de Pescadores' (Fishermen's Guild).

In the olden days, when there was no harbour or fish market, the auction took place on the Levante or Fossa beach, which was the first anchoring berth in Calpe. Later, it was held on the dock of the fishing harbour, at the foot of the Rock of Ifach, and was carried out by the loudly vociferating bidders gathered there. The fish was sorted into species, measured in units of weight of 13 kg and arranged in baskets with ice and palm leaves to keep it fresh during its transport on carts to nearby towns. From the dock of the harbour it moved to the Fish Market, a building specially designed for this purpose built in 1979, which operated for 12 years until it was replaced by the present building in 1991, in response to the need for improved infrastructures and more space to cover the increase of the activitiy.

The auction begins around 5 pm and lasts more than 2 hours. During this time, the visitor may witness its different stages and the tasks involved in a genuine martitime atmosphere. The arrival of the boats in the harbour is carried out in an orderly fashion, in accordance with a number assigned by  the Guild to the first four, which gives them priority at the auction. This turn is operated on a rota system every day on condition that the four boats have their fish unloaded and inside the premises before the auction starts. If any of them is late, it will take last place at the auction in the order in which they arrive. Once on land, the fish, arranged in previously cleaned boxes, is unloaded and placed on the conveyor belt situated inside the building to be displayed before the assembled traders.

As the merchandise goes by, information appears on a central screen in the Valencian language regarding the name of the boat of origin, its turn at the auction, the type of fish, its weight, and the starting price, which will automatically go down until it stopts when an interested buyer or 'arriero' gives the signal by pressing the button on his or her remote control. However, the Guild will set a minimum purchase price depending on the type of fish, below which the merchandise will directly become its property.

When the fish is purchased, it is covered with a layer of ice and loaded into  the vehicles equipped for its transport, which will deliver it to the sales outlets, mainly in Calpe and the Autonomous Region of Valencia. In Calpe, around 1.700 tons of fish are caught per year, using the trawling or trammel (triple drag net) methods, some of the most common species being, among others, whiting, red mullet, squid, mackerel, octopus, grouper, gilthead and several kinds of shellfish. 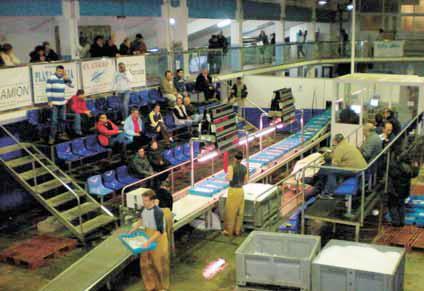 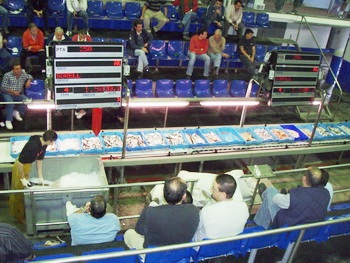 Fishermen's guild
The Fishermen's guild was founded in 1924 by Father Colomina under the name of 'Fishermen's Institute', being a corporate association of fishermen createf with social aims to protect the seafaring class and defend their interests. Its headquarters are situated in the Plaza dels Marniers, in the old part of the town, and it has around 500 members, inlcuding boat owners, seamen and pensioners. The governing body is formed by the Master Skipper, first and second Viceskippers and the General Meeting.

Today it's activity is governed by the Articles of Association of 2000, which regulate the rights and obligations of the guild members, correspondence with the civil service and marketing of the fish. It manages a total of 22 boats on which around 160 people, who make up the maritime family, go out to fish. 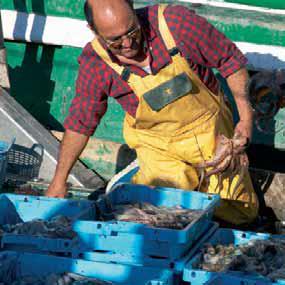 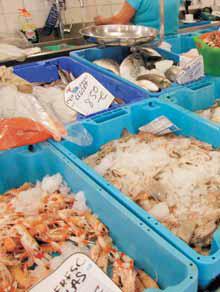 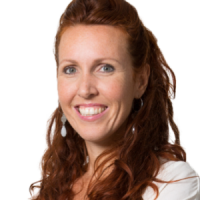 Anne den Ouden is an experienced and fully...

Ellis export moves are a removal company on the...

CalpePodólogos is a Podiatry Clinic in Calpe... 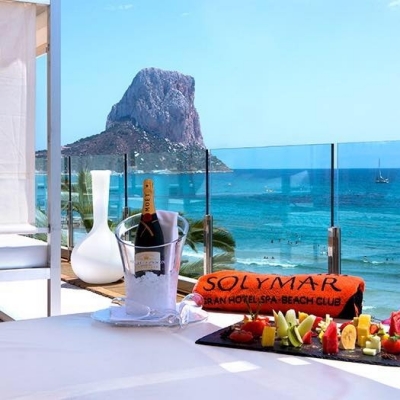 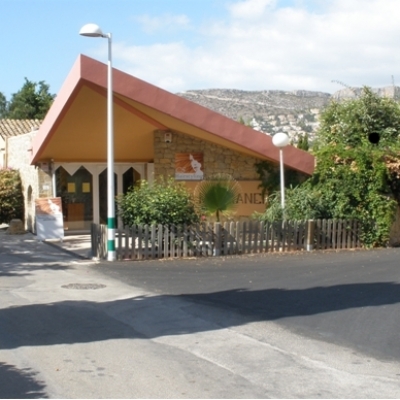 CS Hairstyling is a first class Hair Salon based... 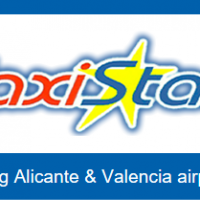 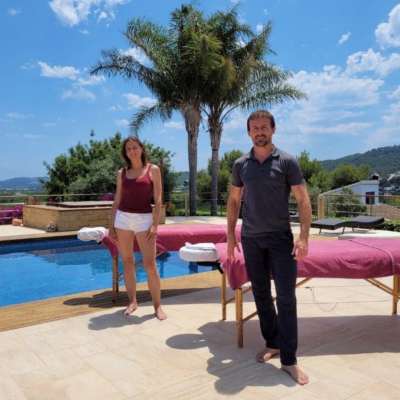 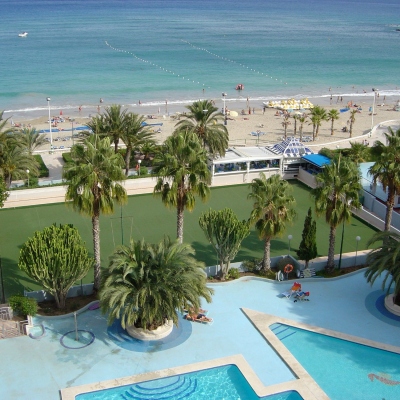 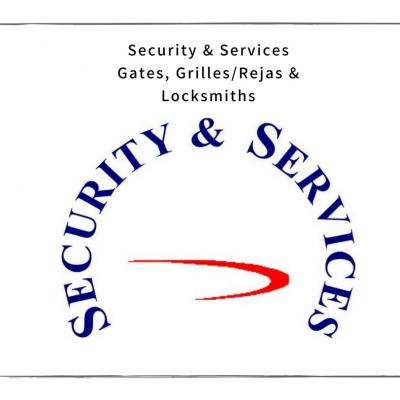 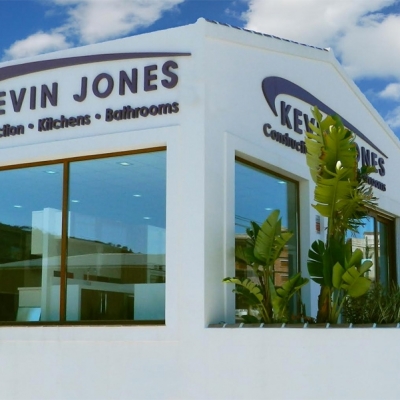